The brief for this project was to design an entrance structure to The Greenfields Stage at ‘The Great Escape’ festival in Sydney. Due to the short time frame the structure had to be simple enough to be constructed & dismantled by volunteers.

The bamboo for the structure was sponsored and was 4m long. The main design challenge was to create a structure that was big enough to create an impact using 4m long poles without damaging the poles. We responded by creating two intersecting hyperbolic paraboloids supported on a frame to create a grand entrance. Lashing with sisal rope was used for connecting the bamboo members, for ease of assembly and dismantling once the festival is finished. The resulting form which resembles the flight of a bird creates a dynamic effect with light and shade using straight bamboo poles. 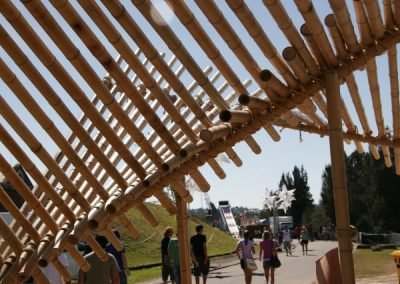 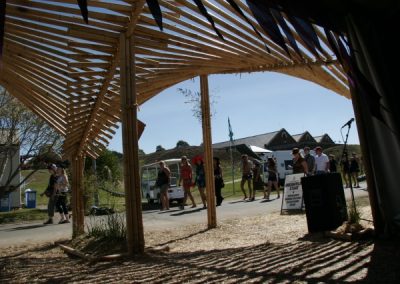 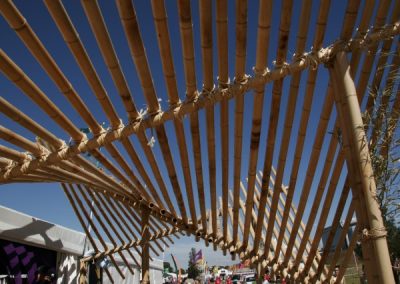 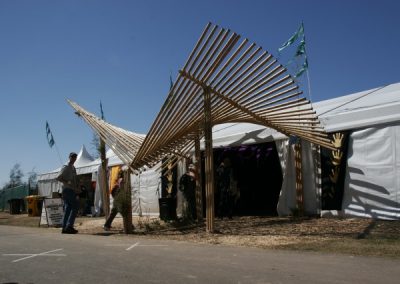 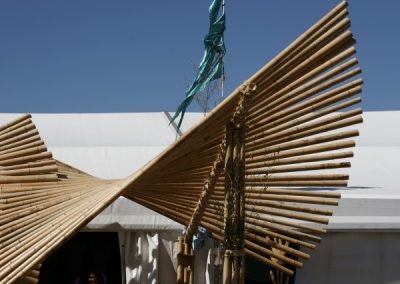 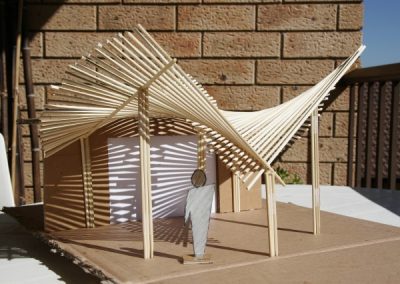 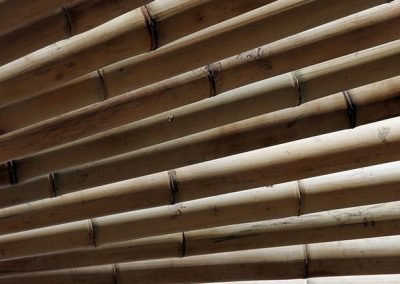 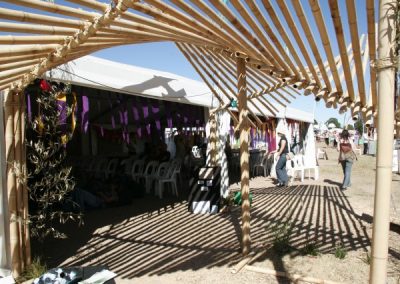 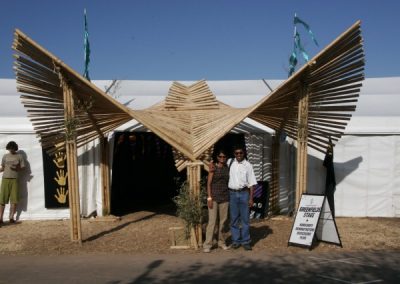 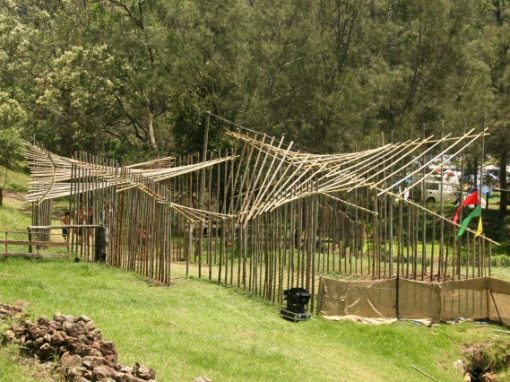 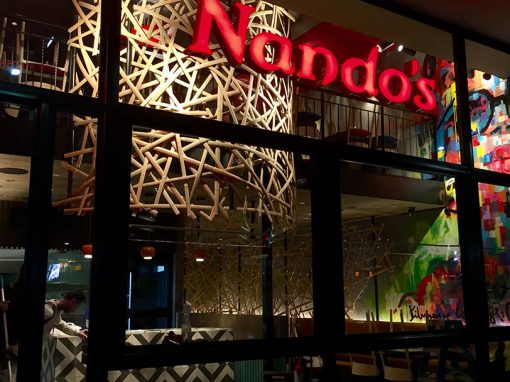 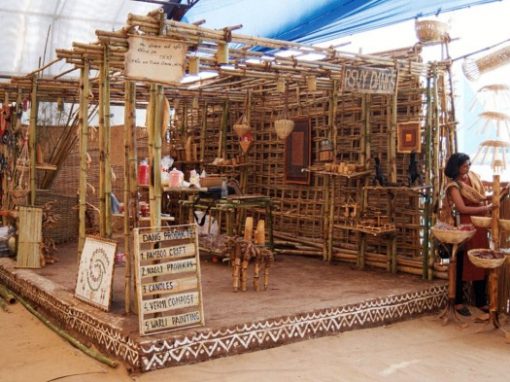 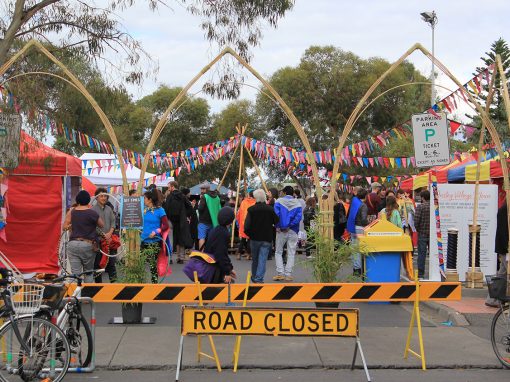 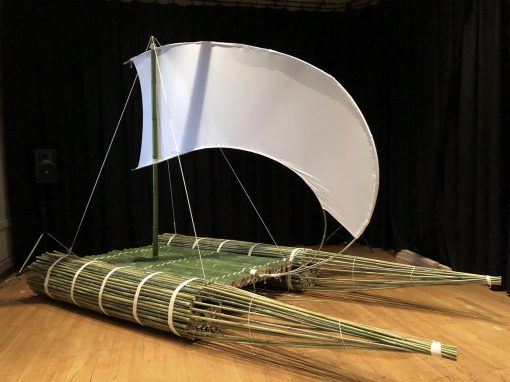 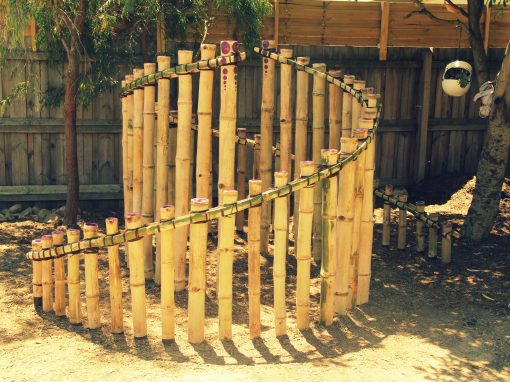 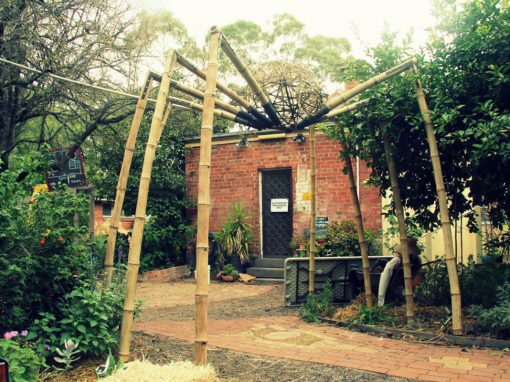 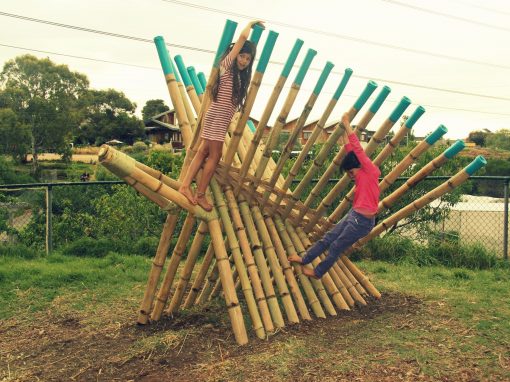 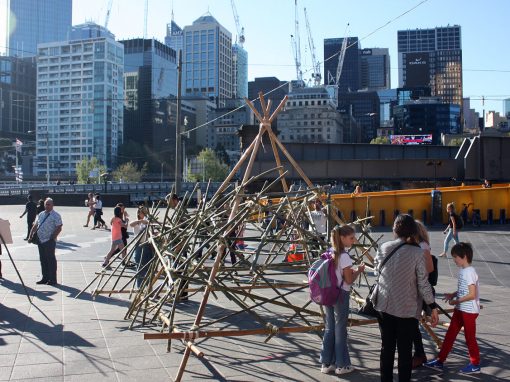 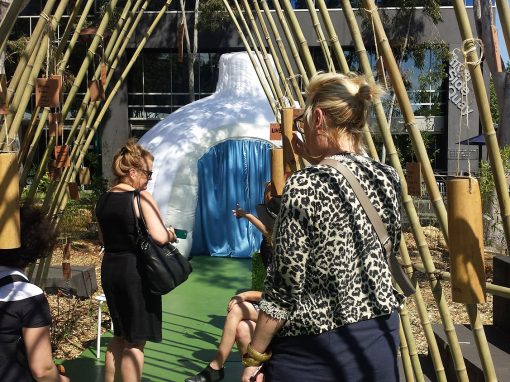 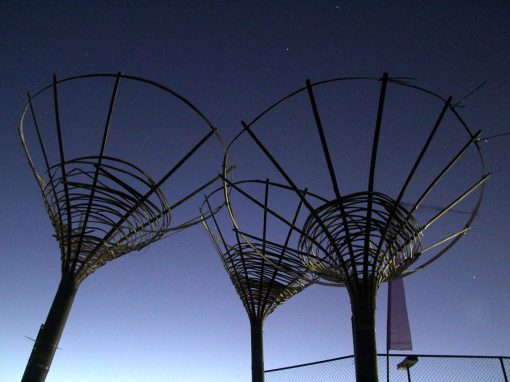 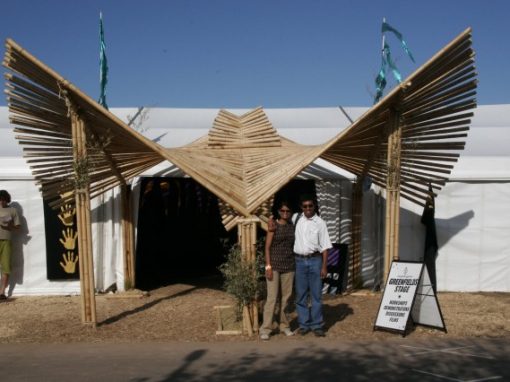 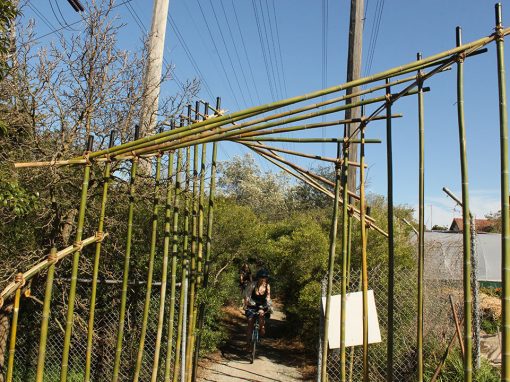 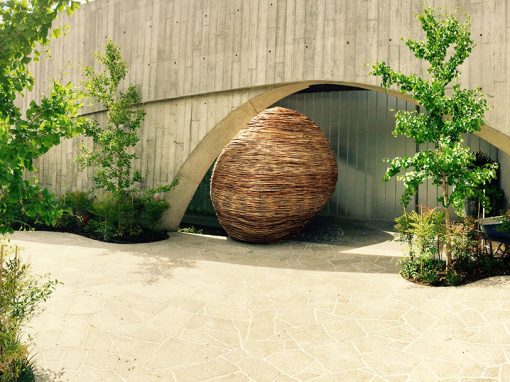 Get in touch!
Manage Cookie Consent
We use cookies to optimize our website and our service.
Manage options Manage services Manage vendors Read more about these purposes
Preferences
{title} {title} {title}